Are you ready to be done with Australia? Me too. It’s been an exhaustive series of posts and I’ve done so many other things these last few months- I can’t wait to share them all with you.

My final days in the outback consisted of hiking Kata Tjuta, which is a series of small mountains (way cooler than Uluru, in my opinion), and watching the sunrise over Uluru and Kata Tjuta both. 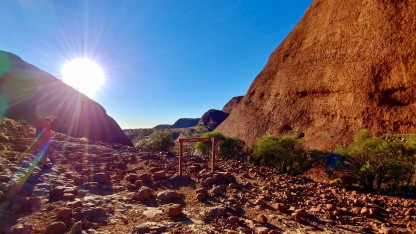 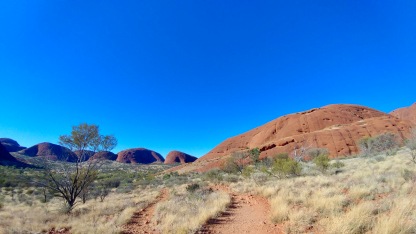 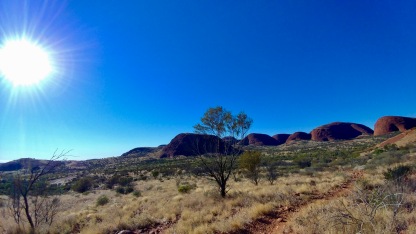 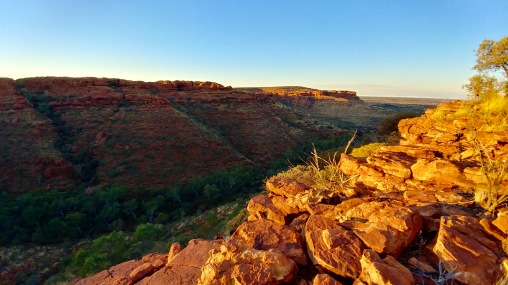 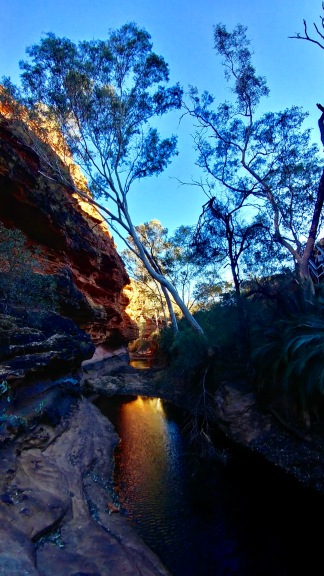 I’m not going to lie here, I was more than a little excited to head into the outback. I mean, it’s something we hear about…all the time, don’t we? There are a thousand thousand memes about how everything in Australia wants to kill you, and of course I wanted to see that for myself.

I signed up to go on a two-day camping trip which sounded really cool and also promised to do some awesome things, like watch the sun set over Uluru, rise over Kata Tjuta, and hike round the Outback.

I’m going to be upfront here and tell you guys that I was mopey on this trip. And everyone was utterly in love with my RBF (resting bitch face), which meant that I somehow earned the moniker “the quiet girl.” The truth was, I had just come from hanging out with amazing new friends for a week and was missing them. Starting all over again just wasn’t appealing to me.

So that kind of set the tone for my trip. While by the end of it, I had made a few new friends, it was a much more sedate experience, self-reflective more than chatty, and that’s ok.

But it does make for less stories.

Anyway, our first day was mostly spent driving down. It was eight hours from Alice Springs down to the camp where we were staying. (We also picked some people up from the airport). Since we left at 7am, this meant we showed up mid afternoon, had some sandwiches, and headed out to Uluru to see what all the fuss is about.

Now, I’m not a very spiritual (or religious) person. And Uluru is essentially the Bible for the Aboriginals for whom this is their ancestral home. My lead up to this place had been about the energy thriving through great stone monolith, the incredible vastness of its face, and the history that it had written for the people of the land.

Don’t get me wrong. Uluru is pretty cool to see. But I think for others the experience had a lot more meaning. To me, it was a huge, sacred rock, and that was neat. But for others it is literally a Bible, and that’s infinitely cooler.

What do I mean when I say “Bible?” Well, the Aboriginals here “read” the rock. All of their stories are “written” into the cracks of the stone. They mean it. They’ve got explanations for every facet of the rock, and there are even places, “women’s areas,” that are forbidden to take photos of.

After we traversed bits of the base (which is quite massive), we headed off to the museum, where we spent about an hour before driving out to take in the sunset from afar.

Funnily enough, we weren’t watching the sun set behind the rock; rather, we were standing with our backs to it while it descended from the sky. The colors it casts on Uluru’s face are supposed to be incredible.

I say “supposed” because, hilariously, the second the sun was meant to hit Uluru, it was obscured by clouds and remained so for the entirety of its setting. It did make for some really nice photos of Kata Tjuta, though, which was behind us. 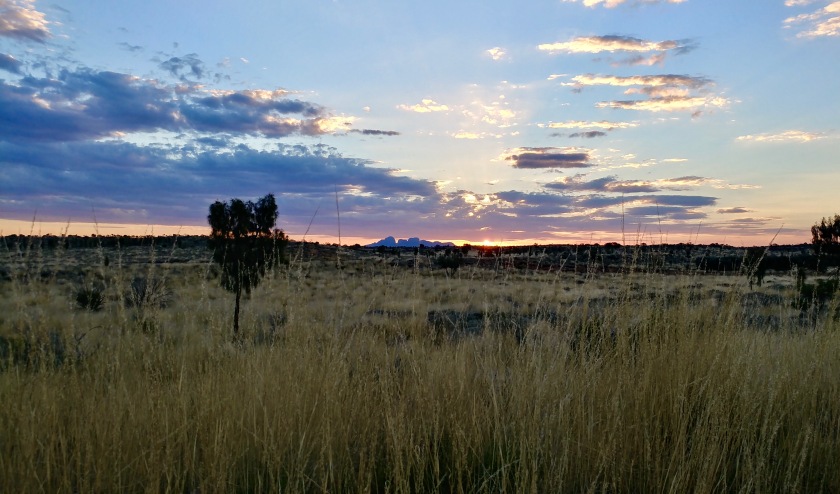 And we had champagne! 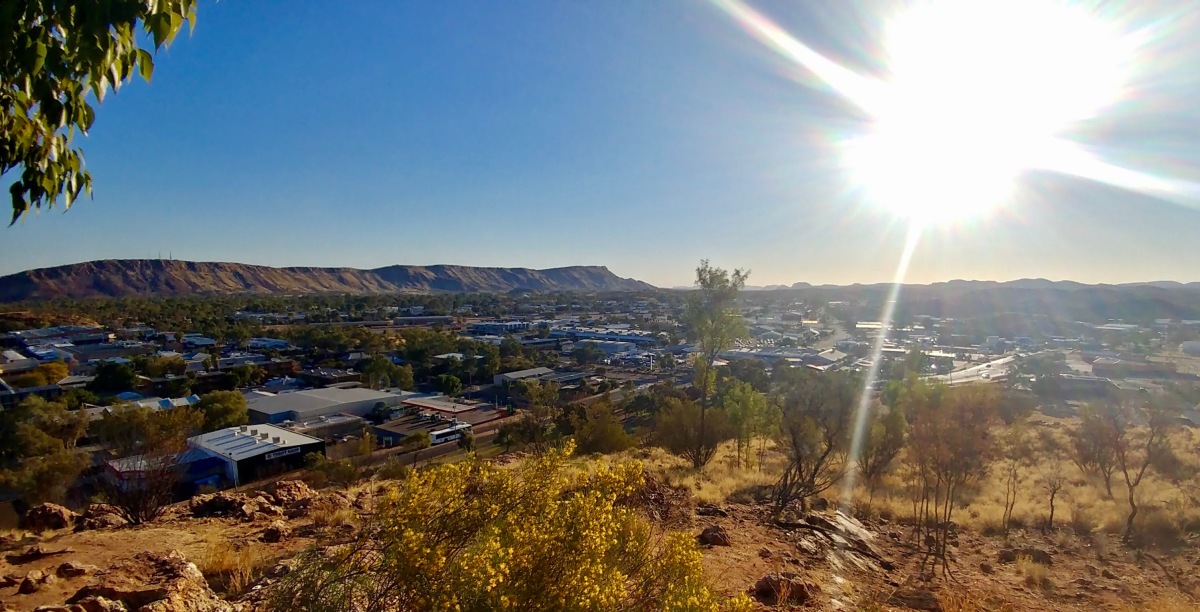 So we’ve just left off with Cairns and one of the highlights of my trip- where I successfully managed to SCUBA dive not once, but twice. Unfortunately, this also happened to be the part of the trip where Katie, Shuaib, and I had to split up. They were staying on longer in Cairns, while I was due to head to Alice Springs and the Outback for a chance to visit Uluru.

Does anyone remember when I talked about my trip to Naples, where I found out after arriving that Naples was generally considered to be an unsavory and unsafe place to be? And how maybe a little bit of Googling could have saved me from that realization?

My first clue here was when half the people appeared to be homeless. My second clue was when everyone shut at 5pm and rolled steel cages down in front of their storefronts.

I had originally planned on staying 4 nights in Alice Springs, and thank God I did not, because I completed (essentially) the city’s sole attraction on day one, which is a hill that is slightly higher than the rest of the city.

I stayed in a hostel here too, one of the best as recommended by tons of internet sites and even Lonely Planet. It calls itself quirky- and that’s true. I slept in a shipping container.

Anyway, Alice Springs is most famous for being known as the final outpost before the Outback, and that’s true. I left early the next morning, eager to finally get into the “bush” and be wowed by the Australian landscape.