Ok guys, so today is going to be a little different. Today, I want to show you guys Japan. Not all of it, I just want to highlight some of the best things we experienced while we were there. Specifically, I want to show you guys the beauty of Japan. Because, honestly, I don’t feel like we hear that an awful lot on this side of the globe. Japan is a stunningly gorgeous country, and guess what? I have the photos to prove it.

From the Kenroku-En garden in Kanazawa

A fountain older than the United States

From the Kenroku-En garden in Kanazawa

Foxes are the mascot of this shrine

Thousands of Torii Gates line the path to the shrine

Cemetery at the bottom of the Fushimi-Inari Shrine 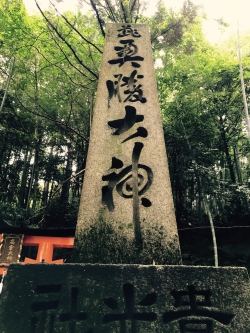 The “best view” in Kyoto, from atop a Buddhist temple

At the aquarium in Osaka

The river in Kyoto

From the Empress’ garden in Tokyo.

So yesterday I left you guys with the story of the crazy Izakaya (dinner show) and Mr. Yucky humping a ton of girls. Well, let me tell you how the end of the night went, because it’s just as ridiculous.

Sitting just behind David at the Izakaya was another couple. Miley (who pronounced it Mirey), a very Japanese girl who loved Disney as much as me, and her boyfriend, Jeremy, who was half-Japanese, half-Canadian, ano had moved to Japan from Canada just a few years prior.

They ended up asking us if we wanted to go out after the show, and obviously we agreed. Miley said she knew a really awesome bar to go to, so we headed out right away.

Now, I don’t know if I’ve gotten this totally across yet, but Tokyo is full of weird places. Thus, we ended up at the Vampire Cafe, the *spookiest* bar/ restaurant around. It was in Ginza, where all the rich people like to play and hang out, so obviously we fit right in (not).

We spent a few awesome hours talking and hanging out, enjoying bloody drinks and creepy appetizers. Or something like that. Miley regaled us with tales of her work at Tokyo Disney and guys if you think I’m into Disney you need to meet these people. Fanatic doesn’t quite cover it.

Have you ever heard of the Japanese term Kawaii? It means cute, and is the favorite term of Harajuku girls (think violently pink dress-up clothes). Well, at one point during the night, Miley started telling David, whom she had already dubbed Denzel Washington, that he was *especially* kawaii. Over and over.

Eventually, however, her boyfriend got pissed and snapped at her “you can’t just call another man cute, Miley! It’s rude! What does his girlfriend think??”

Obviously I thought it was hilarious but did my best to look offended.

After a few hours, we wrapped up the night, took a few pictures with the resident vampire, and headed home to our apartment.

And thus ended our first day in Japan.

-Carissa “Not so Kawaii” Rawson

Ok! I know I promised some more Japan, so here we go:

Remember how I left off with Mr. Yucky drawing a picture of my face and then humping it? It gets better.

There also happened to be a large table of Japanese girls, maybe 10 or so, who looked to be 18-25ish.

Well, they picked America as the country that they wanted him to represent. Cool, right?

So, Mr. Yucky went back into his closet and set up a puppet show with a little green frog, who proceeded to tell us about his life in America. Great, wonderful, etc etc. Finally, the little green frog goes: “do you guys want to meet my brother?”

“Do you want to meet my brother?”

“His name is Dick! Do you guys want to meet my brother Dick?”

“Yes!” shouts everyone except David and I because we speak English and oh my god this is not going to end well.

The frog, hearing that we don’t respond, turns to me and says, “Carissa, DO YOU WANT TO MEET MY BROTHER DICK??”

To which I say no. Hell no. Everyone else in the room looks at me like I’m a spoilsport, which is short-lived because Mr. Yucky encourages them to start chanting his name.

And out jumps Mr. Yucky in a giant green frog costume, with the puppet frog placed firmly over his crotch. He leaps at these girls and starts ramming the frog at their heads. They scream and cover their faces as he hops around the room shouting that his name is Dick.

Since I’ve been bombarding you guys the last few days with different travel tips, I thought I’d go back a bit and talk about our trip to Japan last May. This trip was unique in a lot of ways, not the least because it was David’s first time leaving the US (as an adult. He had been to Mexico when he was a kid).

That meant that everything we were doing was going to be new and different and weird for him. Plus, y’know, it was Japan. Everything there is uncomfortably foreign.

Since this way last May, I actually didn’t have a ton of travel tricks up my sleeve. However, I had signed us up for British Airways Visa cards the year before, since I knew I’d be wanting to travel around. That meant our flights to and from Tokyo were free, which is a huge savings in and of itself.

I’m going to pause here and tout the awesomeness of Airbnb. Japan was our first time using the platform, and it saved us hundreds of dollars. It also lets you live like a local, which is something that everyone values (unless you’re in, like, Liberia). Since then, I’ve stayed in 13 different Airbnbs, with reservations for 11 more this year. What I’m saying is, these places can be great deals.

We spent a total of ten days in Japan and encountered some of the coolest, weirdest, stuff around, like Harajuku, where everything is violently pink and men with professional cameras take pictures of dozens of girls in school uniforms. Awkward.

Anyway, the first day we landed in Tokyo at about 5am, which meant that almost everything was closed, and we were exhausted from the flight over. Economy life sucks, guys. Our Airbnb host was really nice and let us head to our flat early, which meant we were able to shower and get ready before heading out for the day.

Since David is a giant nerd, our first flat was in Akihabara, home of all things geeky. We arrived super duper early, so we got a chance to walk through the city while everything was still asleep, which was really cool.

Our random walking took us over to the Tokyo Zoo, which we ended up wandering through for a few hours before heading over to the Gundam Cafe because we’re losers. It was awesome. 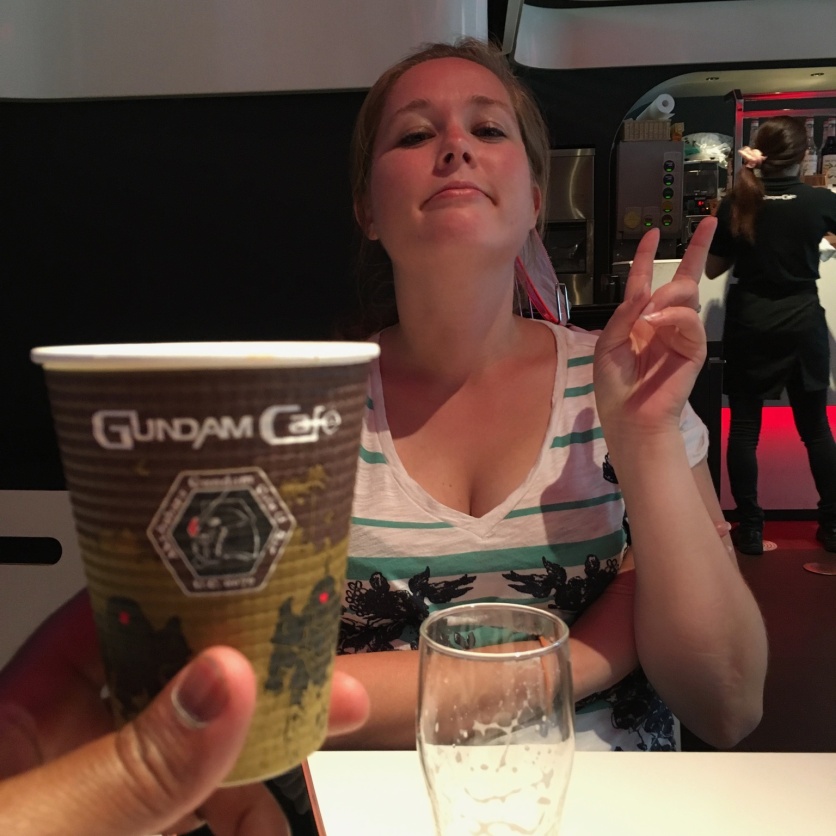 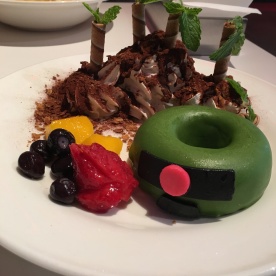 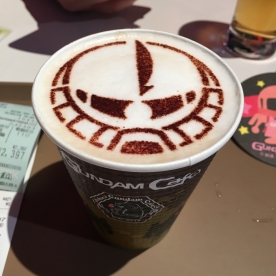 For our first night, we ended up eating at an Izakaya, with a dinner show from our host Mr. Yucky. 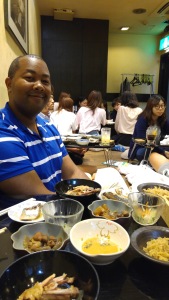 The show was…very Japanese. I mean that in the best way possible. We had traditional Japanese food, which meant a lot of mushrooms and fish. So basically I starved.

But the show. Ok, so Mr. Yucky asked each group of people to pick a country from a list that he had. When it came to my turn, I picked France. He disappeared into his back room for a minute before returning with an easel, a beret, and a piece of charcoal. French music began to play while he swiftly and silently began drawing a picture of me on his easel.

Then, having finished his art piece, he sat back for a minute and admired it before making out with it. A few seconds later, he picked it up, and with a flourish, dropped it down to his pants and began humping it.

Then he handed it to me! 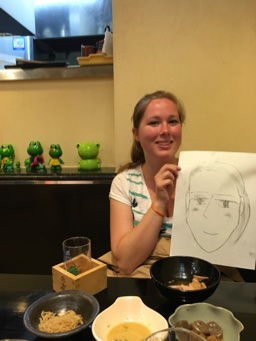 -Carissa “Draw me like one of your French girls” Rawson