Has anyone here ever brewed their own beer? Me either. But you know what I have brewed? Myself, in a huge tub full of beer ingredients. 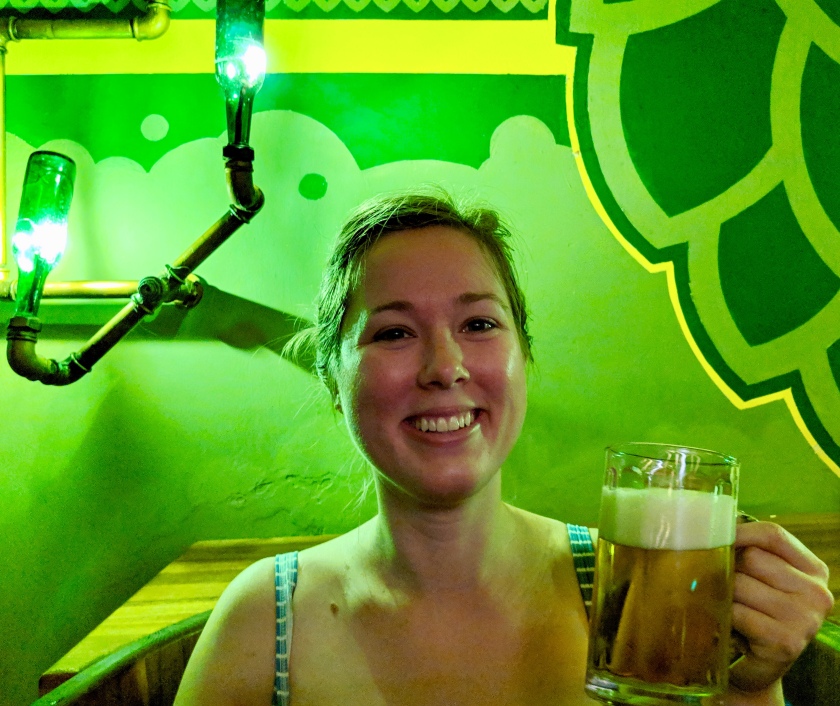 So, Budapest is actually pretty famous for their thermal baths. They’ve got tons of them around the city, but the largest and most popular are the Szechenyi baths, which are enormous, gorgeous, and happen to contain my own favorite Budapest attraction, the Beer Spa.

I actually can’t remember how I found this spa, but I am so glad I did. Basically, what they do is throw a whole bunch of ingredients used for making beer into a giant tub. And then you get in. So there’re hops, barley, malt, etc, just swirling around you in this hot steaming stew.

You know, it sounds (and looks) kinda gross in retrospect. But apparently it’s pretty good for your skin. And the best part? The best part? There’s draft beer on tap for you right next to the tub!

I know that sounds like a recipe for disaster. That’s likely why they limit your spa time to a mere forty five minutes. Any longer and they’d have to pry your sodden ass out of their facilities.

But it was so cool!

-Carissa “I Only Drink When I’m on Vacation, Which is Always” Rawson 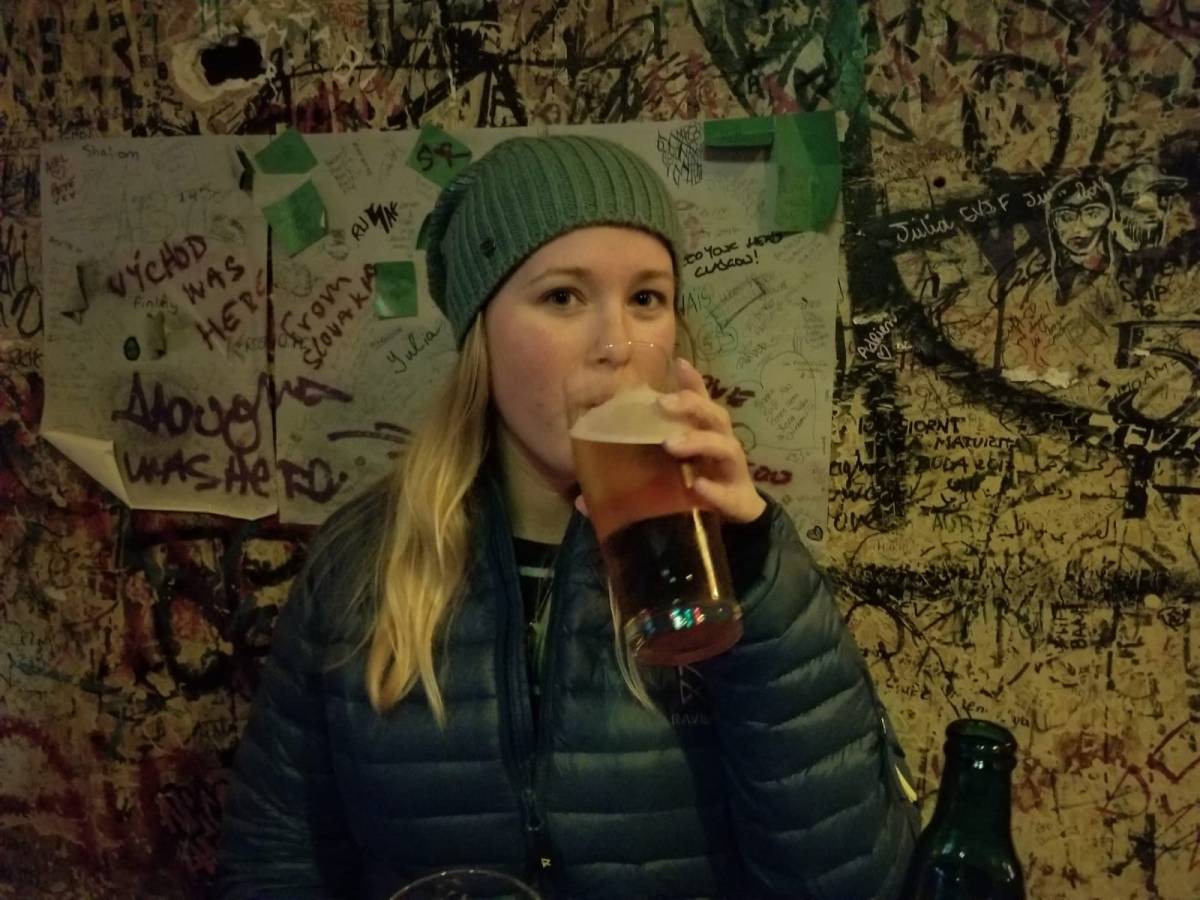 You know, we didn’t do all that many tours while we were in Budapest, in stark contrast to our previous vacations. I think it’s because as time has gone on we’ve become more desensitized to the common kind of tours. I mean, I think art is pretty and all, but I can only look at so many different paintings in so many different museums before I run out of energy.

That being said, we spent most of our trip in Budapest relying on rave reviews from others and my old favorite app, “Spotted By Locals,” to get around. Which is how we ended up at Szimpla Kert, one of the immensely popular ruins bars hanging around the Ruins District of Budapest (which, by the way, we were staying in. Yes, I’m great at locations).

Since Harrison and I are ninety year olds in young people bodies we showed up to this bar at 7pm, to grab some drinks and sit around judging people all night long.

No seriously, I basically spent the whole time making up stories about all the people sitting around us. Does that make us boring?

For those of you who don’t know, the ruins bars are immensely popular old buildings in the Jewish District of Budapest, formerly abandoned and now taken over by various hipsters who sell overpriced beer and host local concerts. In short, they’re super cool.

We spent all night at Szimpla Kert, chilling and hanging out, realizing only when we left how lucky we had been. You see, as old farts, we had showed up long before the crowds. But by the time we left, the line to get in was roughly 50 people long, wrapping around the block and back.

I guess sometimes it’s cool to be old (at heart) 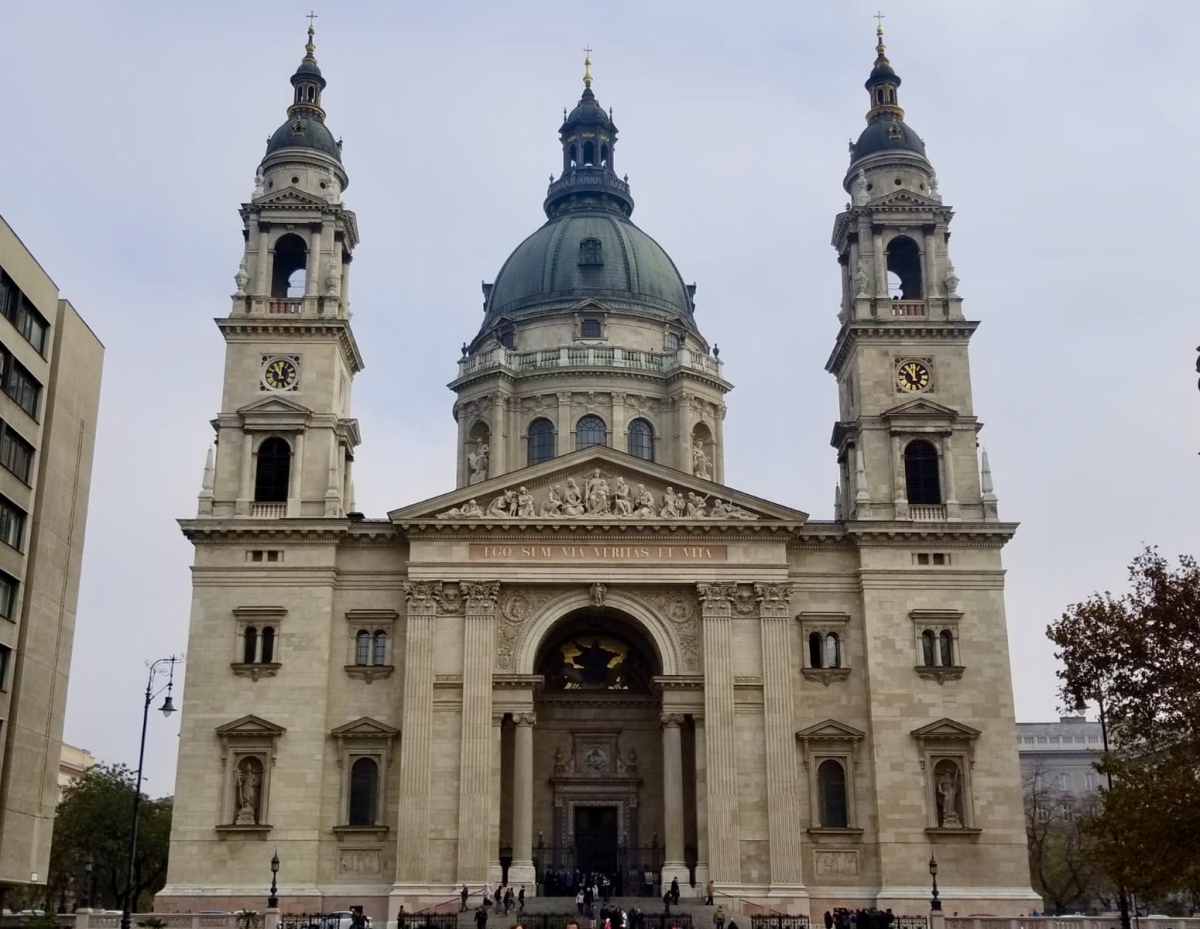 Now it’s been a month or two since I went to Budapest, seeing as how I totally failed to post for the last couple of months. However, I am pleased to tell you all that Hungary was my 40th country visited, 30th for Harrison, my male traveling companion, and we thoroughly enjoyed our time in this Eastern European country. 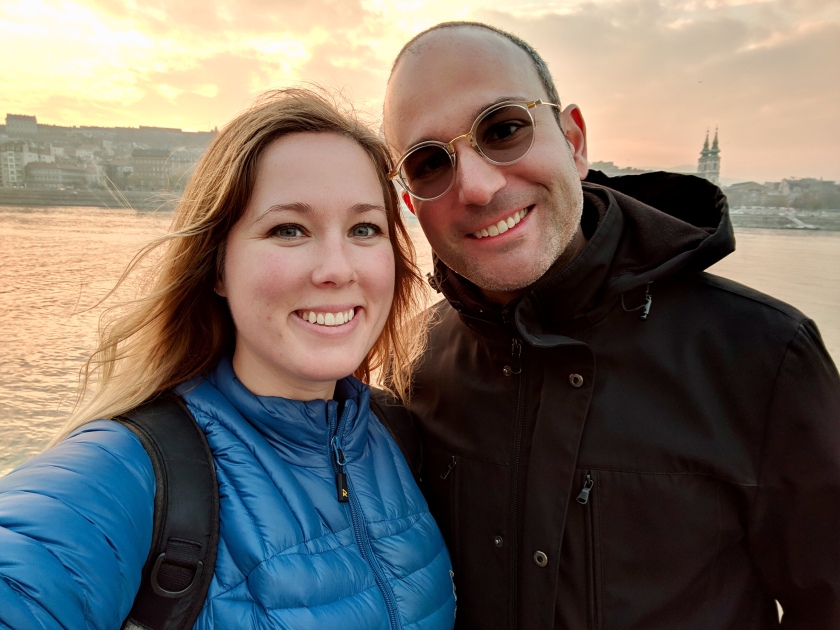 Hungary was actually my very first visit to Eastern Europe  and I had high expectations. I’ve been all over the west, from Spain to Belgium, and have seen the hordes of tourists battling it out over mediocre museums. From what I’d heard, though, Budapest was positively bustling, a very beautiful city, and dirt cheap. 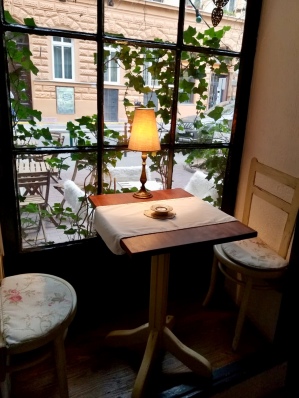 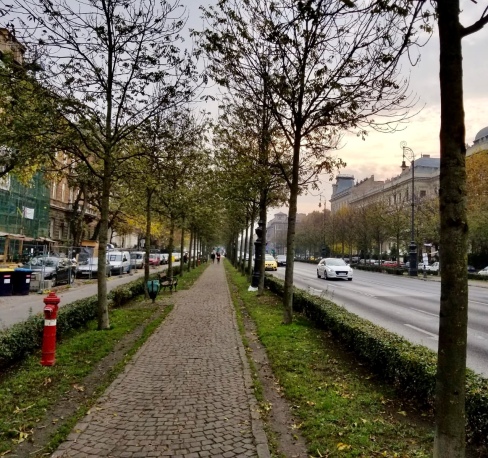 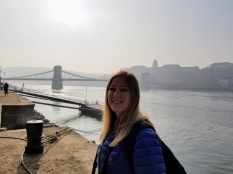 All these things were true. We spent only four nights, as Harrison and I both have limited time (for some reason he keeps running out of vacation time at work), but we Lived. It. Up.

Actually, we did probably one of my most favorite tours ever here, where a local guide took us around with vintage Polaroid cameras to all the best places in the city and let us take some awesome photos.

This served three purposes: one: it gave us the lay of the land, two: it gave us some amazing souvenirs to take home, and three: I mean how cool are vintage Polaroid cameras?!

-Carissa, Harrison “The Diamond,” and Brit